Why Biden Is Pulling the Bear’s Tail Over Ukraine? 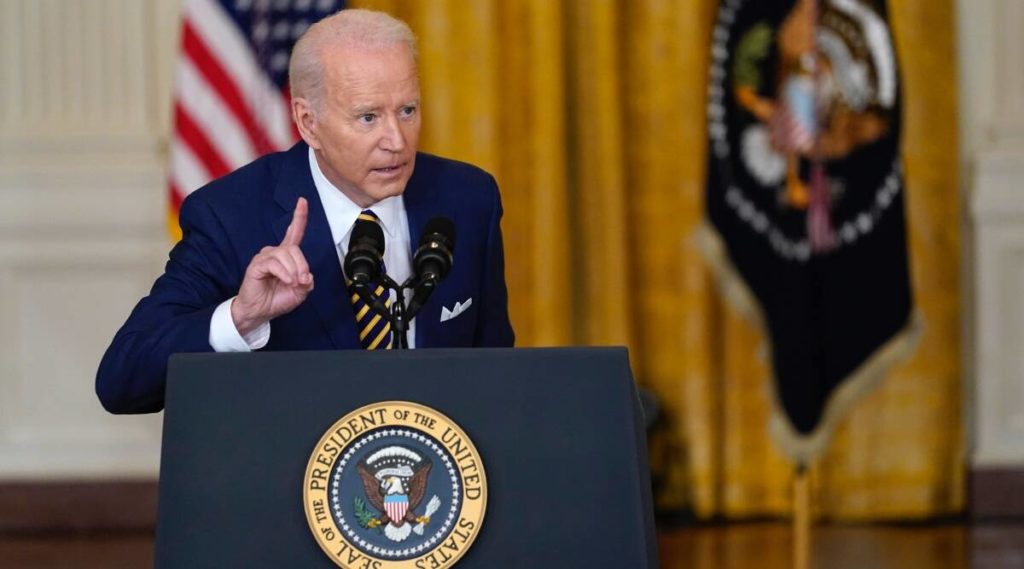 They say if you repeat a lie often enough, people believe it.

Republicans, particularly Donald Trump, are routinely called warmongers. But I guess that depends on what your definition of war is.

Democrats represent the party of peace. Never mind that Lyndon Johnson got us into the Vietnam “conflict.” Obama’s drone wars in Yemen, Pakistan, Somalia, and Syria were largely ignored, as was his involvement in the Libyan civil war, yet that Democrat president received the Nobel Peace Prize.

In contrast, President Trump got us in zero new wars and he greatly pulled back in Afghanistan, but ran out of time during his single term to do the final details. He left that to Joe Biden. Ouch.

Today the world is on the edge of their seats wanting to know what Biden is to do about Ukraine.

My question is: Why do anything? The U.S. has no vital interests there. Ukraine is not a member of NATO. So there is only one possible compelling reason Joe Biden has to pull the Russian Bear’s tail, putting the U.S. at risk of receiving anything as fundamental as cyber attacks to full-scale thermonuclear World War III.

The reason is ratings.

Historically, being a wartime president is synonymous with high public approval ratings.

George W. Bush was not doing that well until 9/11, when he shot up to a 90 percent approval rating.

But are high poll numbers worth the risk? No.

Are high poll numbers even guaranteed to raise Biden’s chances in a future election? No.

We live in a different world today than in September of 2001. Global news is virtually instant. There are no longer two sides to a story. There are 2 million — or more.

So, wouldn’t it be a tragedy of Shakespearean — no, make that Orwellian proportions to see Biden’s popularity junket fail? He’d not just be failing at boosting his polling numbers, but his failure could be to the tune of millions of lost lives.

Lest we forget, tensions from Archduke Franz Ferdinand of Austria’s assassination quickly escalated into World War I.

Does this European theater sound familiar?

My public message to Joe Biden is: Whatever you’re thinking, don’t do it!

Otherwise, the worst of what we saw with COVID-19 might look like a stroll through the park compared to the utter devastation we could soon see in a lightning-fast escalation of the most advanced technological weaponry ever unleashed on our blue planet — far more than enough to destroy the world 100 times over.

Yes, Russia has had 100-megaton bombs since 1961, but they might not even be used. That’s 60-year-old technology. How about particle weapons fired from satellites in space? Or seismic weapons?

And what about a few million swarming drones the size of mosquitos that use artificial intelligence to make their own battlefield decisions? What would happen if something went amok with those mindless mini-devils of death?

Or what if biological agents were unleashed that might “only” initially kill 100 million people but soon mutate into strains that could send a few billion more human beings to premature deaths preceded by excruciating pain unseen heretofore in the history of the world that no mask or quarantine could stop? Do we want any of that?

BY Michael Alan Letts  of Columbia (SC candidate), SC is the CEO and Founder of In-VestUSA. His national non-profit, charitable organization is based in Columbia, South Carolina, helping hundreds of communities provide thousands of bulletproof vests for their police forces.