The Use of Marine Soldiers During a Speech Against “MAGA Republicans” Has Some People Questioning President Biden’s Motives. 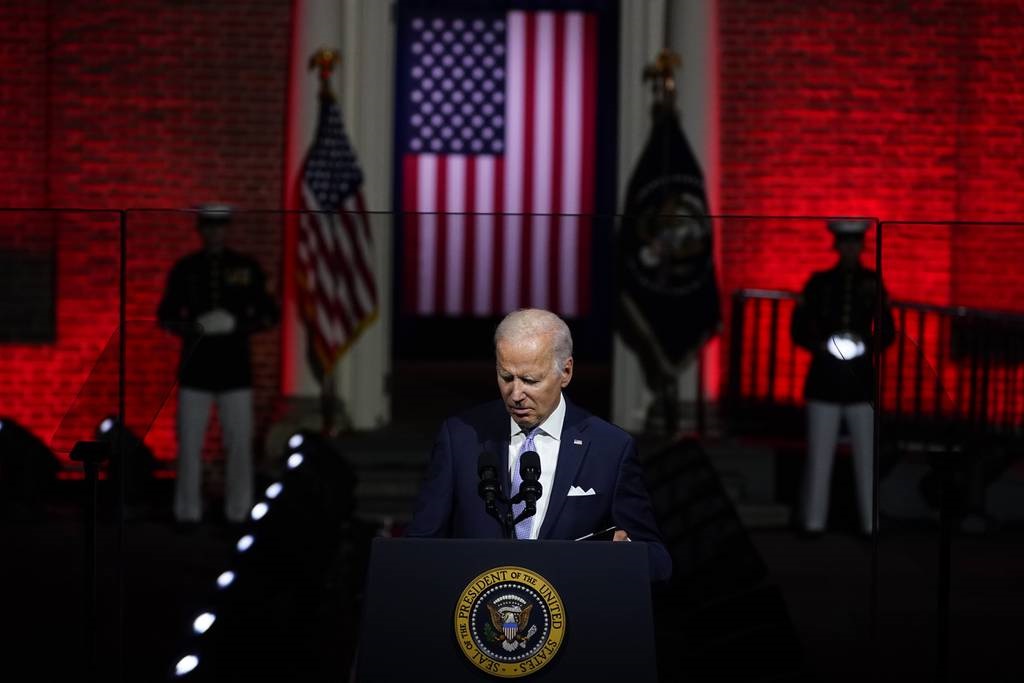 Last week, right before the Labor Day weekend, President Joe Biden issued a speech talking about the influence of “MAGA Republicans” and former President Donald Trump, indicating that the GOP has become “a threat to this country.” However, some people have taken a closer look at the speech beyond Biden’s words, noting a couple of Marine soldiers on the stage.

A veterans’ organization recently voiced negativity against Biden for using Marines “as props” for his divisive speech.

John Byrnes, who is a U.S. Marine Corps veteran and currently serves as deputy director for Concerned Veterans for America, noted that “men in women in uniform serve the country, not a party,” serving “a solemn oat that should not be taken lightly or taken advantage of.”

He added, “When elected officials use our troops as props in political and partisan messaging, it undermines the nonpartisan nature of our military and erodes trust in the institution.”

An official for the White House previously noted that the President was simply providing an “important speech last night about our democracy and our values, values that our men and women in uniform fight every day to protect.” But there are those still questioning why Marines were present instead of other politicians or even Secret Service agents.

With us now to provide his perspective on the matter is Michael Letts. Michael has served with law enforcement for over 30 years, and currently presides as president, founder and CEO for InVest USA. They are an organization that provides bulletproof vests to police officers, through a number of charitable organizations and foundations. His expertise will certainly be welcome in this matter.