The Suspension of State Attorney Andrew Warren Should Serve As a Wake-Up Call For Higher-Ups To Do Their Jobs. 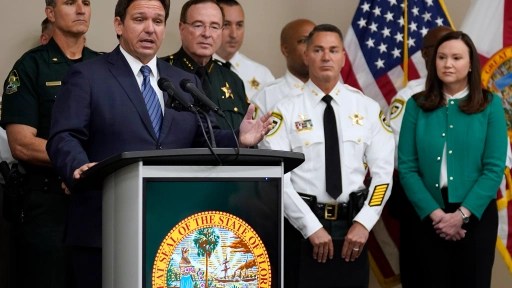 Though some may believe that “going their own way” with certain statutes is for the best, the bottom line is if you’re assigned to do a job, you should do that job.

Governor Ron DeSantis sounded off this logic loud and clear yesterday when he suspended State Attorney Andrew Warren for refusing to enforce pre-set Florida laws. He made it clear that they should be followed, and not hidden under a “blanket refusal to enforce criminal laws.”

“State Attorneys have a duty to prosecute crimes as defined in Florida law, not to pick and choose which laws to enforce based on his personal agenda,” DeSantis said in a statement.

“It is my duty to hold Florida’s elected officials to the highest standards for the people of Florida. I have the utmost trust that (replacement) Judge Susan Lopez will lead the office through this transition and faithfully uphold the rule of law.”

Here to speak to us now about this matter is Michael Letts, who serves as founder and CEO of InVest USA, an organization that provides bulletproof vests to police officers through various charitable groups and sponsorships. With over 30 years of law enforcement under his belt, he knows quite a bit about following and respecting it.

Michael Letts is the Founder, President, and CEO of In-Vest USA, a national grassroots non-profit organization that is helping hundreds of communities provide thousands of bulletproof vests for their police forces through educational, public relations, sponsorship, and fundraising programs. He also has over 30 years of law enforcement experience under his belt, hence his pro-police stance for his brothers and sisters in blue. Those interested in learning more about Letts can visit his official website here.