The Heroism of Police Officers in Los Angeles 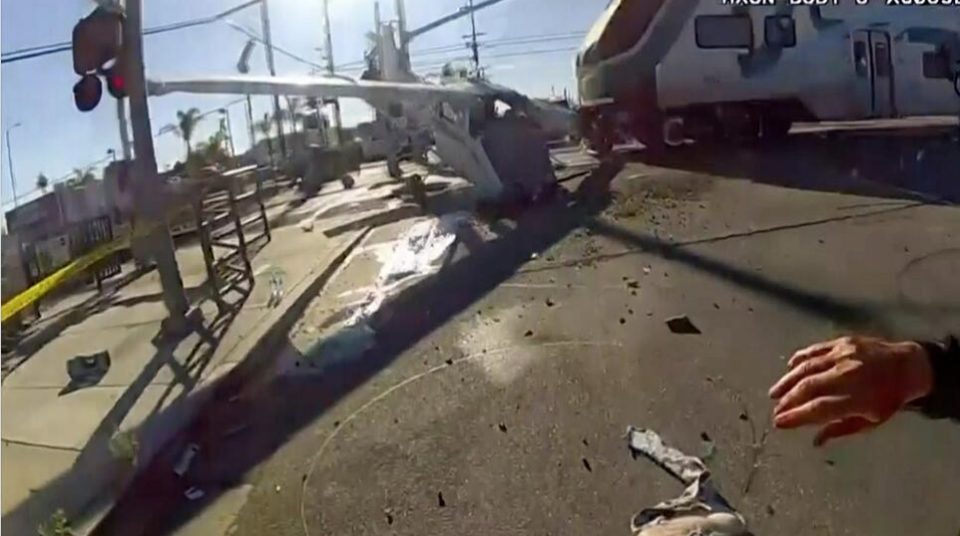 Los Angeles Police Department (LAPD) headquarters had praised the heroism of its officers who managed to rescue the pilot of a burning plane from a plane seconds before it crashed into a train. The Cessna 172, a single-engine airplane, landed on the Metro link Antelope Valley line train tracks, with thick black smoke billowing. Upon arrival at the scene, the plane was on fire, and officers found that the pilot had become trapped in the cockpit, moments away from exploding when the officers managed to drag the pilot to safety.

According to the Federal Aviation Administration, the Cessna 172 crashed around 2:10 p.m. shortly after taking off from Whiteman Airport in the San Fernando Valley community of Pacoima.

“These officers put their lives on the line to save someone else, and that’s something we can all be proud of.”

Thank you, LAPD officers, for your heroism!