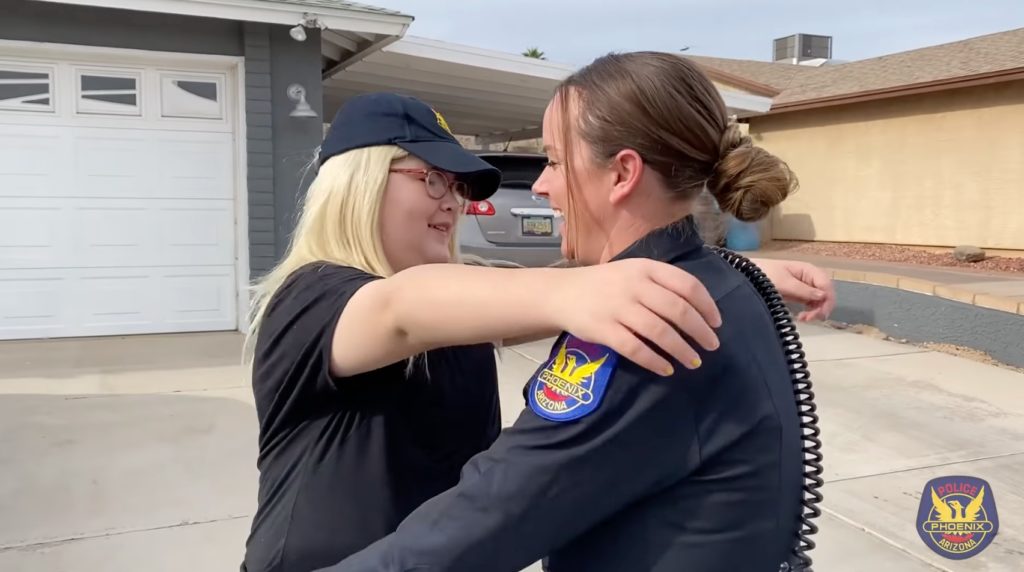 Jackie Ravelo, a Phoenix police officer, was recently honored for her selfless act of donating one of her kidneys to a young girl. Jackie Ravelo’s former softball teammate, Becky Kopp, posted on Facebook that her ten-year-old daughter Lily Kopp needed a Kidney transplant.

“I wasn’t even asking for anybody; it was purely just explaining the emotions that I felt,” Kopp said.

By God’s Grace, Officer Jackie Ravelo reached out to Becky without any hesitation, got tested, and came back a perfect match as a donor saving the girl’s life by giving her a kidney.

Ravelo was inspired by her daughters, “You know I can’t imagine the pain that Becky felt and wanting to make things better or do something that can help her,” Ravelo said.

The surgery was successful, and Lily has given her a second chance to live life to the fullest.

Now, two years later, It was an emotional moment when Phoenix Police Officer Jackie Ravelo met the young girl she had saved. Lily and Officer Ravelo couldn’t meet until two years after the surgery due to the COVID-19 pandemic.

“I can’t express how meaningful it is and how amazing it is and how priceless it is. As a mother to a mother, you saved my baby,” Kopp told Ravelo.

It was indeed Officer Jackie Ravelo, a Hero by many, especially Lily Kopp.

Salute for the Self-sacrificing and Heroic act of Officer Jackie Ravelo. Well Done!