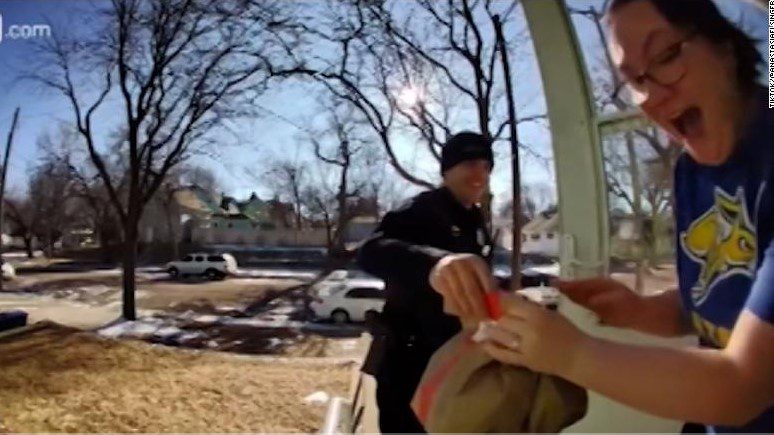 Officer Buhr Sam is a kind-hearted police officer who knows how to put people first. He delivered food for Door Dash and helped out when needed. This isn’t anything that usually happens in police work, but Officer Buhr did it anyway-helping people always comes before duty or personal safety.

“I know I’m not who you’re expecting, but your driver got arrested,” Sioux Falls Police Officer Sam Buhr told an unsuspecting DoorDash customer”

One South Dakota police officer went above and beyond after arresting a DoorDash driver who was on the way to delivery.

The officer, identified by Sioux Falls Police as Sam Buhr, was captured on a doorbell camera dropping off an Arby’s order to an unsuspecting DoorDash customer on Tuesday. In a video posted to the Tea Storm Chasers Facebook page, Buhr can be seen ringing the customer’s doorbell with the Arby’s order in hand.

“I know I’m not who you’re expecting, but your driver got arrested,” he said in the footage, before explaining, “I figured I’d complete the DoorDash for you.”

The customer laughed before telling Buhr, “Thank you so much.”

A Sioux Falls Police Department spokesperson confirmed to PEOPLE that Buhr had arrested the DoorDash driver on a warrant Tuesday afternoon after stopping them for a traffic violation.