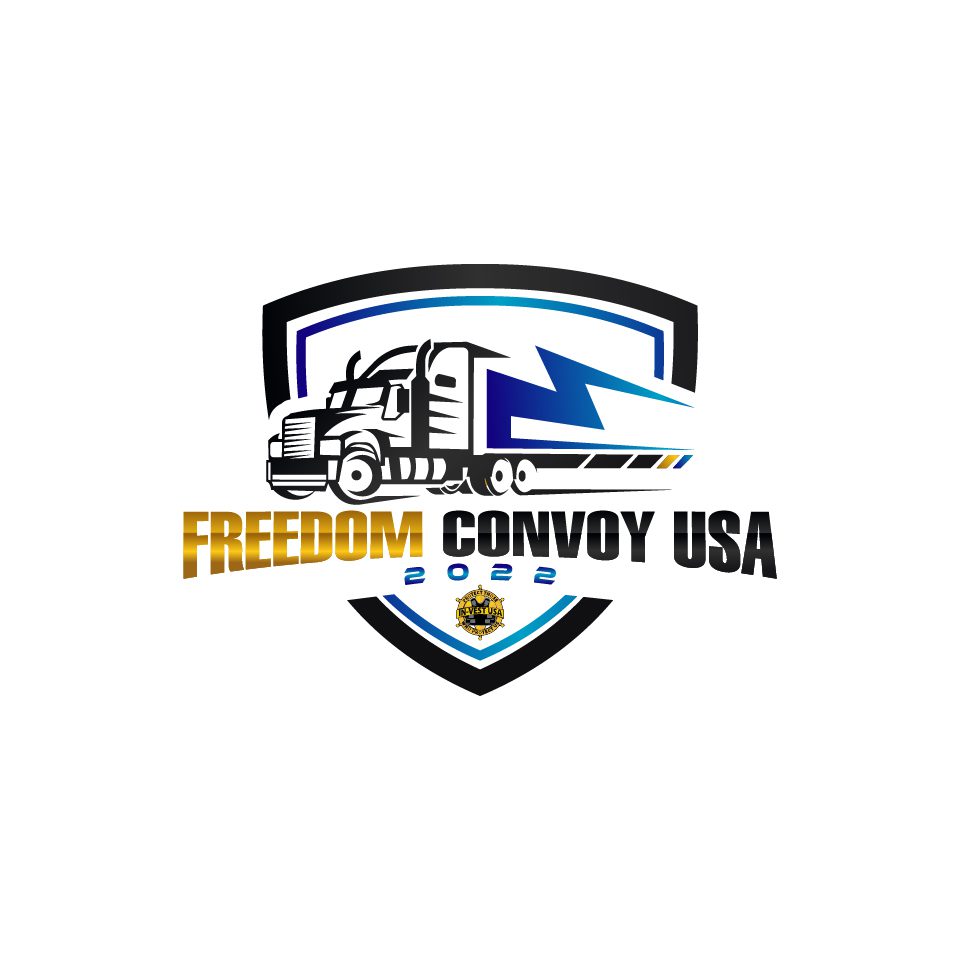 The People’s Convoy USA and the Freedom Convoy are caravans of trucks that left California and parked overnight at the Hagerstown, MC Speedway truck stop. It then headed to the Beltway around Washington, DC, to protest unconstitutional mandates imposed by the Biden Administration and other government entities and Biden’s energy policies that caused gas prices to more than double.

Multiple convoys converged, including Truckers, Motorcyclists, SUVs, and other vehicles. Some are professional drivers. Others are moms and dads.

Yahoo News reported 2500 vehicles in the Convoy that began in Adelanto, California, had arrived in Maryland.

Co-chairman of the original Freedom Convoy USA that merged with the People’s Convoy (organizer Mike Landis of California) is Michael Letts, president of the charity InVest USA. His South Carolina-based charity provides bulletproof vests for police officers and other first responders. InVest USA is sponsoring a charitable race planned for the Summer of 2022, called Bulletproof Run, to raise funds for bulletproof vests for police officers. Michael spoke at the Sylvan Theater/ Washington Monument on March 1, expressing the group’s grievances, preceding Biden’s State of the Union address.

Said Michael Letts, “Convoy participants are aghast over Biden’s first act in office was to kill American energy independence by shutting down the Keystone Pipeline, and begin buying oil from Russia.”

Letts added, “First Responders across America are being harmed by these unconstitutional mandates and hampering their ability to protect and serve our communities. We need more first responders, not fewer. We can’t afford to lose a single hero. These mandates need to end now.”

In a joint statement by InVest USA, Letts stated, “Tragically, government mandates are imperiling the safety and well-being of the very citizens it was created to protect and serve. These unscientific, unconstitutional mandates lead to thousands of highly trained and skilled law enforcement, firefighters, and medics being terminated from their jobs without considering the impact on this and future generations. Most notable this week is the determination by the LA County Board of Supervisors in California to authorize the LA County Administrator to fire 4,000 LA County Sheriffs deputies who refused COVID-19 vaccination shots. At a time in America’s history of an all-time low morale and record spike in violent crime, it will be devastating to lose thousands of officers across the country for such an idiotic mandate. The answer is simple: NO MORE MANDATES!”

One central theme for Convoy participants is, “Do not put needless burdens on those who are a vital part of the supply chain. Thousands of truckers would rather be making deliveries than blocking highways in our already over-congested capital.” Nonetheless, a statement was needed to be made, thus the Convoy.

Time will tell if this US convoy will stay assembled as last as did the Freedom Convoy in Ottawa, Canada, that lasted 24 days.

Michael Letts is the co-chairman of Freedom Convoy USA 2022 and CEO and Founder of  InVest USA, a national non-profit charitable organization based in Columbia, South Carolina. His group helps hundreds of communities provide thousands of bulletproof vests for their police forces through educational, public relations, sponsorship, and fundraising programs.