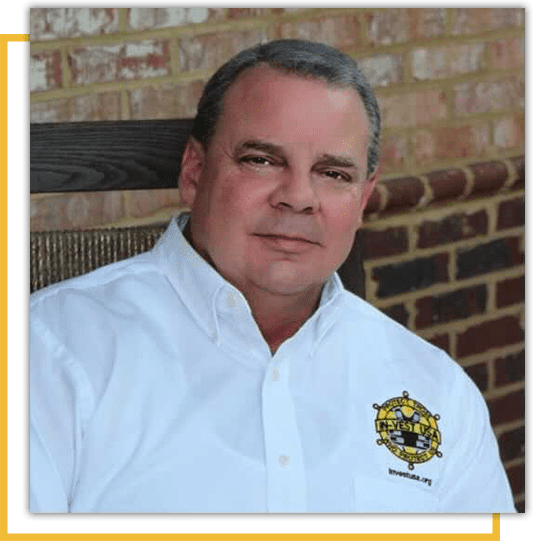 Michael A. Letts is the Founder, President, and CEO of In-Vest USA, a national grassroots non-profit organization that is helping hundreds of communities provide thousands of bullet-proof vests for their police forces through educational, public relations, sponsorship, and fundraising programs.

As of January 2021, more than 6,500 concealable and active shooter vests have been distributed to police officers throughout the United States, and globally as the result of his leadership and passion. The organization’s efforts have helped police officers from areas devastated by Hurricane Katrina, to nations such as Nicaragua, and Mexico.

In addition to his national efforts, Michael A. Letts is actively involved in political and community service in South Carolina.  He is the Governor’s Appointee on the S.C. Legislative Infrastructure Study Committee, a member of the South Carolina Policy Council, and SLED Chaplain with the South Carolina Law Enforcement Division, and the Columbia Police Department.

As a Councilman on the Central Midlands Council of Governments, he served on the executive, finance, transportation, and environmental planning committees. Michael A. Letts also holds numerous leadership positions in the Chamber of Commerce, Boy Scouts of America, and Kiwanis.

His involvement has earned him a Congressional Gold Medal Award for Community Service and the SC Order of the Palmetto, South Carolina’s highest civilian honor for extraordinary lifetime achievement and service to the state and nation. His efforts have been recognized globally with the bestowing of the title His Excellency Count, Sir Michael A. von Letts, Chevalier, Knight of Honour of the Imperial Teutonic Order, by the Republic of Germany.

He has a passion for the educational needs of our children, and the need to ensure that our next generation becomes the first responders we have a shortage of today. This is evidenced by his founding of The First Responder Academy Public Charter High School, and Hope Academy (Infant – K-5).

He has also launched the “Pennies for Police” initiative thru In-Vest USA, aimed at allowing our children to support and interface with their school resource officer by helping to provide that officer with a bulletproof vest. This program is a vital part of his efforts to “Save a Kid – Save a Cop”.

Michael A. Letts initiated the acclaimed “Bless the Vest” program that works with Houses of Worship partnering the congregations with their local first responders to provide physical, emotional, and spiritual support.

A successful businessman who is the Founder and President of Salty Fin Realty and Holdings, various other business ventures, as well as a member of the First Palmer Family Trust, Michael Letts is also an ordained minister and was executive pastor / Music Minister of the Eastside Baptist Church, along with his father, Dr. Dennis Letts – Sr. Pastor. He earned his B.S. in Business Administration from Liberty University in 1985. Michael A. Letts resides in Columbia, S.C. with his wife and partner Karen Letts.