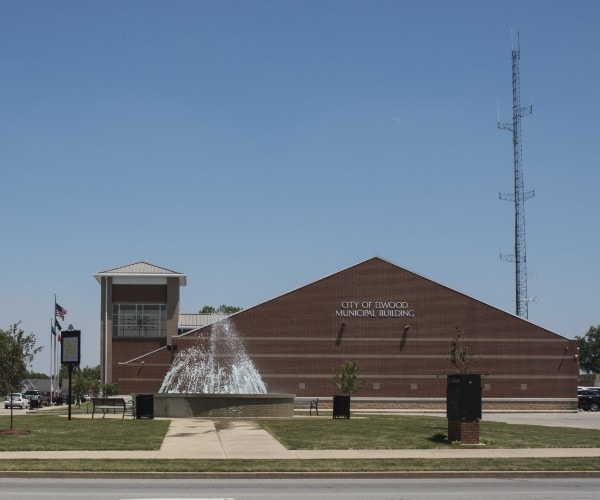 In July of this year, Elwood (Indiana) Police Officer Noah Shahnavaz, a young man who had been on duty for less than a year, pulled a car over for a routine traffic stop.

Rather than accept his ticket, the driver shot and killed Shahnavaz. Then he drove away.

Police arrested Carl Roy Webb Boards II and charged him with murder, two counts of resisting law enforcement, and being a serious violent felon in possession of a firearm.

In 2006, Boards shot at Indianapolis police officers and received a 25-year aggravated sentence in connection to the incident. He was released from Indiana Department of Corrections custody in 2019, according to Fox News.

The Elwood community reacted in support of the Shahnavaz family.

Many were present when the Indiana State Police delivered the news of the young officer’s death to his family. They also held a vigil for the officer.

“It’s sad that it had to happen to such a young man and a great police officer,” Austin Henson, a community member said, said.

Another person, Tristin Capshaw, said, “I’m grieving for the family. This is my fourth time coming up here today.”

This showed how much the community cared for the Shahnavaz family and wanted to support them.

However, when Officer Shahnavaz’s younger brother returned to Fishers High School after the death of his brother, he had to sit in his English/Language Arts class looking at a “Defund the Police” poster.

“The Shahnavaz family met with the Fishers High School administration, and emails were sent to the younger brother’s teachers to communicate the difficult situation of his returning to class. On Tuesday, he entered his 2nd-block creative writing class, where he saw this ‘Defund the Police?’ poster hanging,” according to The Chalkboard Review.

The poster listed the pros and cons of defunding the police and seriously upset the younger brother. The 26-year-old teacher, Marina Gibson, said the poster was a student’s work, and she had forgotten to take it down. However, students and police officers have told the media that Gibson was not a supporter of the police.

Gibson is also the teacher sponsor for the mental-health club.

She should be sensitive to things which cause distress for students, particularly since the administration had asked that special consideration be given the Officer Shahnavaz’s brother return.

Did she not see a poster hanging on the wall of the classroom that everyone else could see?

She is known to be an activist. She was awarded the “Grace Farrell Award for Political Engagement and Social Activism” award at Butler University, and was given an award by the Fishers Students in Action club for her “student advocacy,” according to The Chalkboard Review.

Supposedly, the poster had been hanging for a year, but the Indiana Office of the Attorney General has stated that the “Defund the Police” movement is protected as educational content, byt may be inappropriate for classrooms.

Perhaps it shouldn’t have been hanging up in the first place.

So far, the school district hasn’t taken any actions against the teacher, although they have tried to distance themselves from her actions.

She has not only displayed inappropriate materials that violate state law, her actions apparently violate the school’s microaggression policy.

It doesn’t matter. She holds the politically correct views, so her actions will be supported even if they harm a student.

How is that appropriate for the adviser of the mental-health club?

She will undoubtedly complain how the complaints are distracting from the real issues and are keeping her from doing her job.

Does it matter that her actions are making the police’s job harder? Not to her it doesn’t.

Gibson needs to be disciplined per the school’s policy, or it will mean nothing.

She also needs to face any ramifications of bringing inappropriate educational content in.

Not only is that fair. It’s the only way the school board in Elwood will regain any of the confidence parents are losing in Fisher High School’s teacher.