Hopeful Americans Traveled Thousands of Miles to Speak with DC Lawmakers, But Dems Had an Ugly Reaction 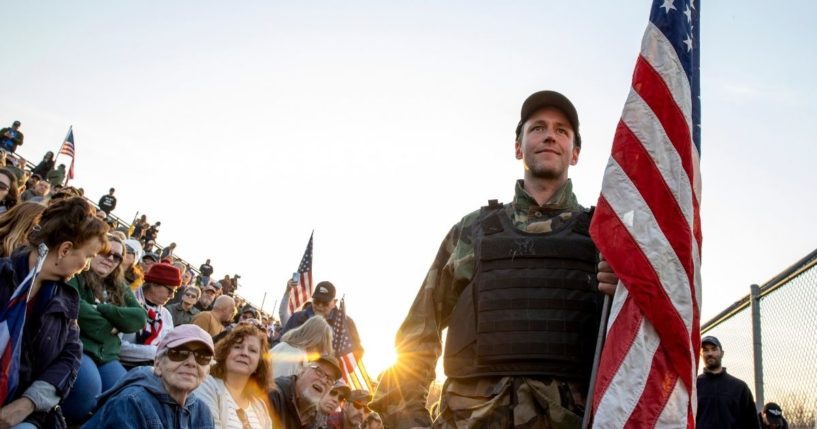 It’s disheartening when people have something to say yet Democrats refuse to give them a listen, especially after they have traveled thousands of miles to Washington, D.C.

Take the People’s Convoy, a group of truckers opposed to a number of pandemic-related mandates. Since starting this month (following a merger with our group at Freedom Convoy USA), they have been dedicated to protesting mandates as well as energy policies leading to high gas prices.

These truckers were gaining good traction. They had managed to raise $2 million in donations and even had the backing of Republican Texas Sen. Ted Cruz, who rode with them for a short time and provided his full support.

Following Cruz’s endorsement, the truckers made their way to Washington, where they hoped to make progress with politicians and see if something could be done about the mandates.

But Democrats? They were nowhere to be found — even after three weeks of attempts by truckers to have a meeting with any Democratic congressman. The truckers finally concluded that Democrats like high gas prices, perhaps to penalize Americans for using fossil fuels.

For weeks, it looked like the People’s Convoy would make some headway, with hundreds of vehicles joining the cause and several key House Republicans showing support for the group. However, it now appears it will have to shift in a new direction.

Three weeks after the convoy had settled into Hagerstown Speedway in Maryland and around the Beltway loops, co-organizer Mike Landis announced on Sunday night that it would return to California to figure out its next move. The protesters had failed to get the attention they needed — namely from Democrats who turned them away in favor of their agenda.

But Landis swore that the fight wasn’t lost. He vowed that they would “come back to finish this job.”

Over the course of the three weeks, the group was only able to meet with a few politicians, including Republican Sen. Ron Johnson of Wisconsin. Sadly, not one Democratic lawmaker bothered to listen to their complaints. No wonder, since one of the first things President Joe Biden did after assuming office was to kill the Keystone Pipeline and put barriers in the way of fracking and drilling, triggering rising gas prices. (At the moment, they’re as high as $7 in some places.)

The group had been met with hostility. Aside from the cold shoulder from Democrats, D.C. residents regularly flipped them off, a bicyclist trolled them by riding in front of the trucks at a slow pace, and the group’s attempt to get a permit to stay at the National Mall was vehemently denied. Police even blocked them from entering D.C. They were relegated to the periphery.

Now the real question is, what’s next?

There’s no question that Landis and his crew remain driven. But alas, it’s doubtful any Democratic politicians are concerned about pandemic mandates and skyrocketing gas prices.

The voices of the protesting truckers have been silenced throughout their crusade, and it’s gotten to the point where some believe the fight may be hopeless. But there are hundreds out there who refuse to give up, and they deserve our support — now more than ever.

No one should have his rights stripped away by mandates that are beyond his control. What’s more, the independent drivers who pay for their own gas should not be penalized by Biden and Democrats insisting on attacking the oil and gas industry instead of being energy independent as we were under President Donald Trump.

These hard-working drivers should be able to do what is best for them, and they have our full support as they continue to fight for what’s rightfully theirs. Keep on truckin’!