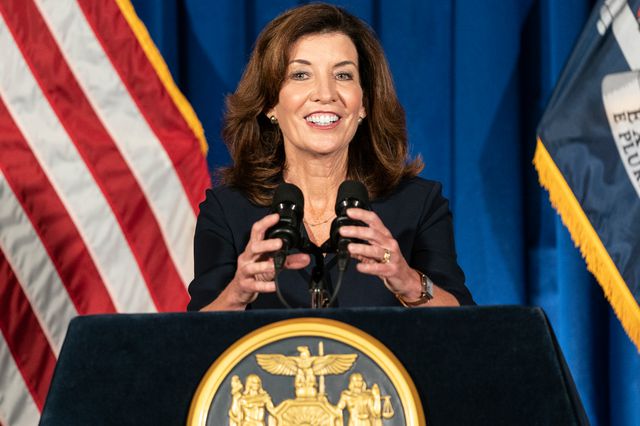 In a recent move to sound off against President Joe Biden’s recent border policies, Arizona and Texas have been sending migrants to other cities, including New York City. But it’s a move that New York Governor Kathy Hochul isn’t too happy about.

The governor noted that she had been working “almost hourly” to find a solution for the growing number of immigrants within the city, even getting to the point that she’s suggested one to the government. “Let’s look at federal facilities, federal staff to help supplement the city,” she stated while speaking to Bloomberg Television.

Hochul appears to be in desperation mode following her approval of updated gun laws for the state, following the Supreme Court’s overturning of a previous ban on the weapons. As a result, however, the city has seen a rise in criminal activity, as well as a record 2,000 resignations from the NYPD.

Here to speak on Hochul’s recent actions is Michael Letts, who has 30 years of law enforcement under his belt. Michael currently serves as president, founder and CEO for InVest USA, an organization that provides bulletproof vests to police officers through various charitable groups and sponsorships. His expertise will prove worthwhile in this matter.