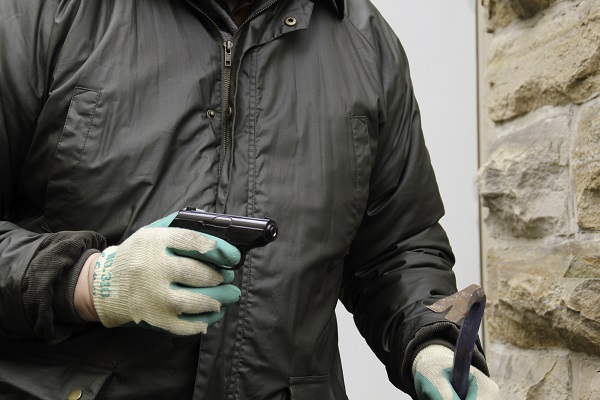 It’s no surprise to anyone that crime is rampant in New York City.  The police force is understaffed and held on a tight leash by leftist politicians.  And when the police are allowed to arrest a criminal, charges are dropped, or the criminal is simply released because of the state’s bail reform laws.

New York City mayor Eric Adams said during a recent news conference, “Time and time again, our police officers make an arrest, and then the person who is arrested for assault, felonious assaults, robberies and gun possessions, they’re finding themselves back on the street within days — if not hours — after the arrest.”

How is that a deterrent to crime in the city?

“Between lenient judges and liberal state bail reform laws, a slew of violent criminals landed back on the streets — only to reoffend,” according to the New York Post.

The New York Post reported recently about ten criminals who are showing no fear of breaking the law.  They have nearly 500 arrests among them, and most of them are still out on the street, working to push their personal crime wave upward.

“Two of the defendants are actually accused of embarking on lives of crime in the wake of bail reform, with one busted 33 times since 2020 and the other busted 22 times, all this year, the data shows,” according to the post.

And those are just the crimes that they were caught for!

How many people have they injured or killed?  How much property have they stolen or damaged?

The bail reform law, which many consider soft on crime, was originally passed in 2019 and modified in 2020.  It takes a judge’s discretion away and bars him from setting bail on nearly all misdemeanors and non-violent felonies.

Is it any wonder these criminals have decided that crime pays?  There’s no penalty except on paper.  They can commit crimes and be released without even having to post bail.

Mayor Eric Adams wants the state to drop the bail reform law and allow police and prosecutors to crack down on repeat offenders.  So far, his outrage has fallen on deaf ears.

“Our criminal justice system is insane,” he said during a recent news conference.  “It is dangerous, it is harmful, and it’s destroying the fabric of our city.”

At the top of the list is Harold Gooding.  He’s been arrested 101 times, 88 since bail reform was enacted.  Nearly three out of four of those charges were for larceny.  “The career crook has 15 convictions, including three for felonies, and failed to appear in court at least 14 times, leading to the issuance of a ‘significant’ number of bench warrants, according to the NYPD,” the New York Post reported.  He has also violated parole and probation.

“He’s hit one location 20 times.  The same location, 20 times,” NYPD chief of crime control strategies Michael Lipetri said during a press conference.  “And again, we’re talking about arrests here.  We’ve arrested that individual 100 times.  How many crimes do you think he really committed?  Two hundred?  Three hundred?  A thousand?  And guess what: he’s walking around the streets of New York City today, probably committing another crime as we speak.”

How many more policemen have to leave the job in disgust before the politicians realize they aren’t fighting crime, but aiding and abetting it?

It’s time New York admit that bail reform didn’t work and repeal it.  Then let criminals get arrested and placed in jail.  Try that, and see what happens to the crime rate in the city.

Michael A. Letts is the CEO and Founder of In-VestUSA, a national grassroots non-profit organization helping hundreds of communities provide thousands of bulletproof vests for their police forces through educational, public relations, sponsorship, and fundraising programs.