A Judge Has Taken Down New York City’s Vaccine Mandate – But What Does It Mean For the Police That Were Affected By It? 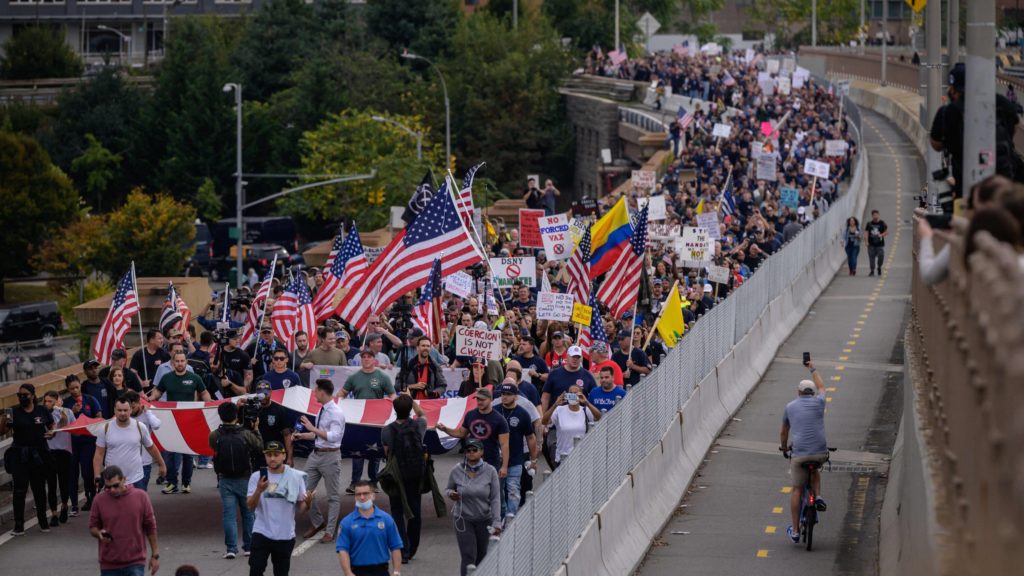 InVest USA’s Michael Letts asks what New York City can do for the officers that had to leave their ranks following New York’s vaccine mandate.

For some time now, New York City has had a vaccine mandate in effect, forcing many workers to take safety precautions against COVID-19. However, over 2,000 city workers, including police officers were fired over the controversial mandate.

Now, a Supreme Court judge has knocked down the mandate, ruling it to be unconstitutional and capricious before labeling it “null and void.”

Chad LaVeglia, an attorney on the case, noted, “For all the brave men and women who have been our first responders and have been brave through all this are now free, and you should be able to go back to work.” However, there’s been no word about the many employees who lost their jobs over the mandate, and whether they would be able to recover their jobs.

Speaking with us now is Michael Letts, who has over 30 years of law enforcement under his belt. Michael currently serves as founder, CEO and president for InVest USA, an organization that provides bulletproof vests to police officers through various charitable groups and sponsorships. His expertise should prove worthwhile in this matter.