30 Days Later, Here’s What Biden Really Meant When He Promised to Fund Police 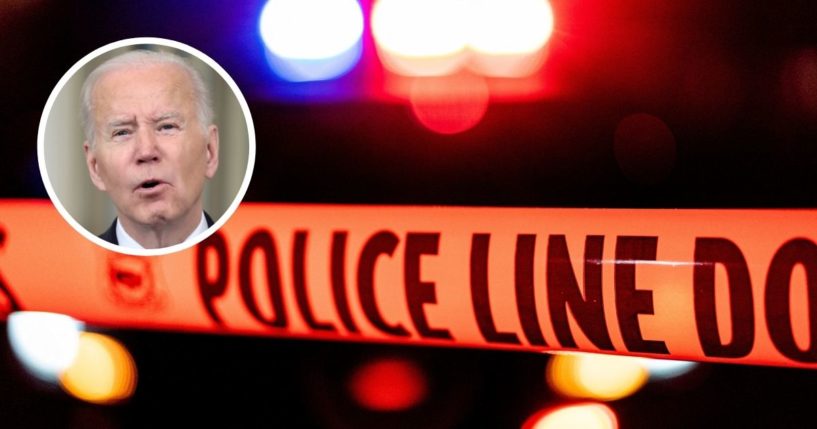 During his March 1 State of the Union address, President Joe Biden put another nail in the coffin of the Defund the Police movement, stating, “We should all agree: The answer is not to defund the police. The answer is to fund the police with the resources and training they need to protect our communities.”

While it was good to hear him say those words a month ago, were they serious or just another April Fool’s joke on the American people?

In his speech, he praised “strategies like community violence interruption — trusted messengers breaking the cycle of violence and trauma and giving young people hope” as the future of law enforcement.

The strategies in question are also called community violence intervention, and while police can be a part of these programs, the Vera Institute of Justice said of them, “More policing isn’t the answer. Our overreliance on the tools of arrest, prosecution, and incarceration has harmed communities — and hasn’t made us safer.”

The Vera Institute’s position — and that of many anti-police leftists — is that police aren’t needed or are only minimally needed. Crime can be addressed through social programs.

Of course, where police funding has been decreased so that money can be redirected to community violence intervention strategies, it hasn’t worked. That can be seen in the growing crime rates in cities where this is happening.

While the president bragged about wanting $350 billion for cities, states and counties to use to fight crime, it seems a large portion of it wouldn’t be used to restaff police forces and better train officers but for social programs that would not necessarily include police.

To further show his ignorance of the issue, Biden tied the deaths of New York Police Department officers Wilbert Mora and Jason Rivera to restoring trust and safety in the community. The officers were killed responding to a domestic violence call. One of the people involved in the incident opened fire on Mora and Rivera with a stolen gun, hitting both of them.

While these two men should be praised, it was their lives, not their deaths, that were about restoring trust and protecting the community.

The president’s takeaway from this tragedy was, “Let’s not abandon our streets. Or choose between safety and equal justice. Let’s come together to protect our communities, restore trust and hold law enforcement accountable.” Of those three things — protection, trust and accountability — only one applies in this instance.

Our communities need to be protected, and police are doing that even in the face of contempt from the left. But the incident had nothing to do with trust. The criminal was out of control. He crossed a line and shot the officers before they could even sort out the situation. And Mora and Rivera certainly didn’t need to be held accountable. They were doing their jobs, and they paid the ultimate price for it.

According to the Officer Down Memorial Page, 90 men and women have died in the line of duty this year.

Biden also seemed to identify the use of body cameras, banning chokeholds and restricting no-knock warrants as measures that might have prevented Mora’s and Rivera’s deaths. None of those things played a role in this incident.

Better examples would have been keeping criminals in jail (the killer was a convicted felon who was out on probation), funding domestic violence programs and making sure all officers have effective body armor.

All in all, the president was far more specific about how he wanted to restrict police than how he wanted to fund them. He might be sending money to them, but the question is whether police forces can use the funds for what they need to improve their policing efforts and safety or if they will simply be used as a bank holding funds to try ineffective leftist ideas.

The bottom line is that Biden did support funding police — but at best, he was willing to fund police handcuffed to a liberal agenda.